A community hoping to take over Britain’s remotest mainland pub could know this week if it has the finances to make a bid for it.

The Old Forge in Inverie is on the Knoydart Peninsula in Lochaber.

Since it went up for sale earlier this year, a community group has been working to raise the funds to buy it.

The Old Forge is on sale for offers over £425,000. Private buyers are also potentially interested in the property.

The pub’s Belgian owner Jean-Pierre Robinet told locals in January he was selling up after running the business for 10 years.

Since January, the small community which has a population of just over 100 people, has held a consultation on a community buyout. Seventy residents took part, with almost all backing the idea.

The Old Forge Community Society was set up, and earlier this month it launched a community share offer. The rules mean 75% of the shares must be owned by locals, with a limited number owned by people living outside the area.

In just days, the shares offer was climbing towards its target of £240,000.

This week, the society hopes to learn if its application to the Scottish Land Fund for support has been successful.

The Scottish government-funded land fund provides grants of up to £1m to support community and volunteer group-run projects.

In 2019, the Black Bull in Gartmore, near Stirling, was purchased by the community with financial support from the Scottish Land Fund.

The Old Forge Community Society has sought an undisclosed sum of money from the land fund to help cover renovation and other costs.

Society secretary Stephanie Harris said the community had always known there was a risk of losing out to a private buyer, but added that the determination of the community could not be underestimated.

Ms Harris told BBC Scotland: “I have no doubt we will be able to raise the finance that we need. Time is the problem, and we are going as fast as we can.” 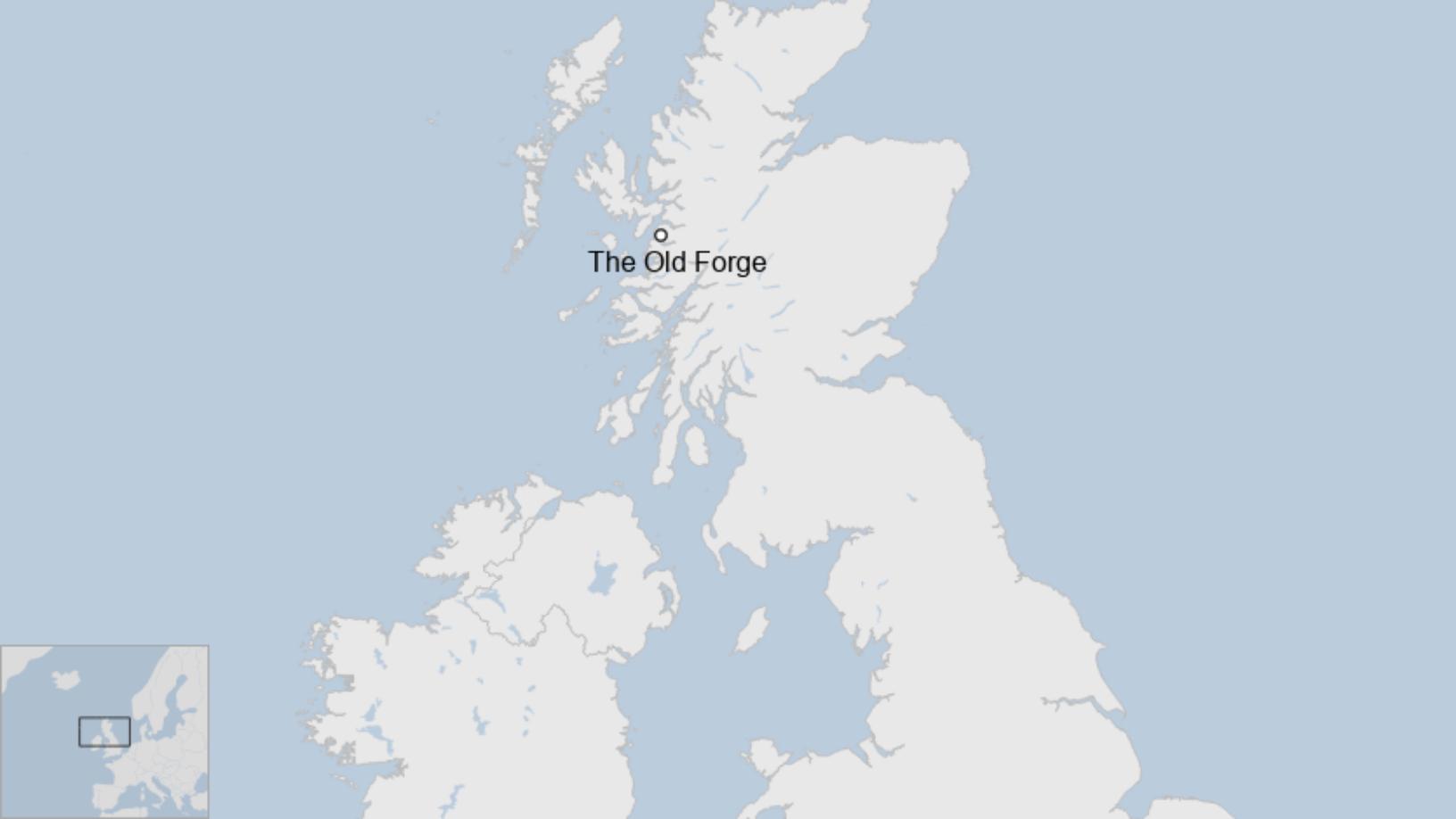 Isla Miller, who runs a pottery and a tea room with her sister in Inverie, is among those hoping to buy a share.

She said the pub was an important gathering place for the community, and welcomed the society’s plan to keep the premises open all year round and not close it temporarily over winter as has happened previously.

She said the pub was a community hub, describing how local mothers returning home by ferry to the peninsula from hospital would often stop at The Old Forge with their newborn babies, adding: “It is where you would meet new additions to Knoydart, and then everyone would head off.”

Mr Robinet said he fell in love with Knoydart after visiting 25 years ago, and was later encouraged to buy the pub by his late father.

While he said he had not done much to change to the look of The Old Forge, Mr Robinet said he had made food a priority of the business and used locally caught seafood and Scottish beef in its meals.

He said he made a commitment to run the premises for 10 years and after that spell “as Britain’s remotest mainland publican” it was now the right time to move on.

Mr Robinet said: “My father died last year and my mother, who is very brave, is suffering being by herself and having severe illness.”

He said it was time for “a different phase of life” and to help his sister look after their mother.

Mr Robinet said the community bid for The Old Forge was a “great idea”.

Knoydart’s coast and mountains have been described as mainland Britain’s last wilderness.

The easiest route to Inverie is by boat from Mallaig. People who chose to walk from Kinlochhourn and Glenfinnan usually break the trip down to a journey of two to three days and are advised to contact the local ranger service for advice on the routes.

In the middle of the 19th Century, the land on Knoydart was cleared of crofters and turned over to sheep and deer.

In 1948, a group of crofters known as the Seven Men of Knoydart launched a “land raid” in a bid to seize back the land and live independently from the landlord system. They were unsuccessful, as the landowner obtained a court order to remove them.

However, more than 20 years ago, the community achieved what the seven had set out to do when the Knoydart Foundation purchased 17,200 acres (6,960 ha) of estate land on the peninsula for £750,000.

Nike is giving its head office staff a week’s break

Call for smuggler crackdown after worst loss of life in Channel