Levelling up: ‘It’s about people, not shiny new buildings’

This week the government published its eagerly awaited White Paper, setting out plans to reduce regional inequality. Levelling up aims to revitalise communities in places like Rhyl, where BBC News has been tracking progress of this key policy.

But lessons from previous efforts are not being learnt, claim critics. And the focus should be on people rather than “shiny new buildings”, says the former head of a flagship scheme in Newcastle.

Florist Carol Parr clips the ends of flower stems on a bouquet as she explains the dilemma she faced. “I had a little battle with myself. Do I stay? Do I commit to Rhyl?” she says. “Not many people say good things about Rhyl, which I can understand based on crime, there’s a lot of trouble.”

Despite that, Carol opted to move into a larger shop on the high street three years ago. “I’m very optimistic and over the last two or three years I have seen a change in Rhyl. I think it’s an up-and-coming town again.”

Such optimism is not always evident in the seaside town, which was struggling long before its economy was pounded by the pandemic. But Carol’s act of faith may be repaid.

The local MP and the county council want to transform the town centre and recently prepared a £10m bid from the UK government’s levelling up fund.

Money from the £4.8bn fund aims to narrow the gap between richer and poorer parts of the UK. It will allow overlooked and undervalued communities to take back control of their destiny, the levelling up minister, Michael Gove, told parliament on Wednesday. But there are concerns that vital lessons from the past are being ignored.

A generation ago, West Newcastle was undergoing a radical plan for change. It was one of 39 English communities that received funds under Labour’s New Deal for Communities (NDC). Within a few years levels of deprivation fell.

Graeme Williams ran the scheme and on a freezing cold January afternoon he gives us a tour of the area. We walk in shadows cast by the tower blocks of Cruddas Park, not far from the city centre. Twenty years ago “they looked awful”, says Mr Williams. “They were awful.”

Some of the blocks were refurbished, others demolished as part of the £55m spent in West Newcastle during a decade of regeneration. But most of the money didn’t go on capital projects, such as buildings. 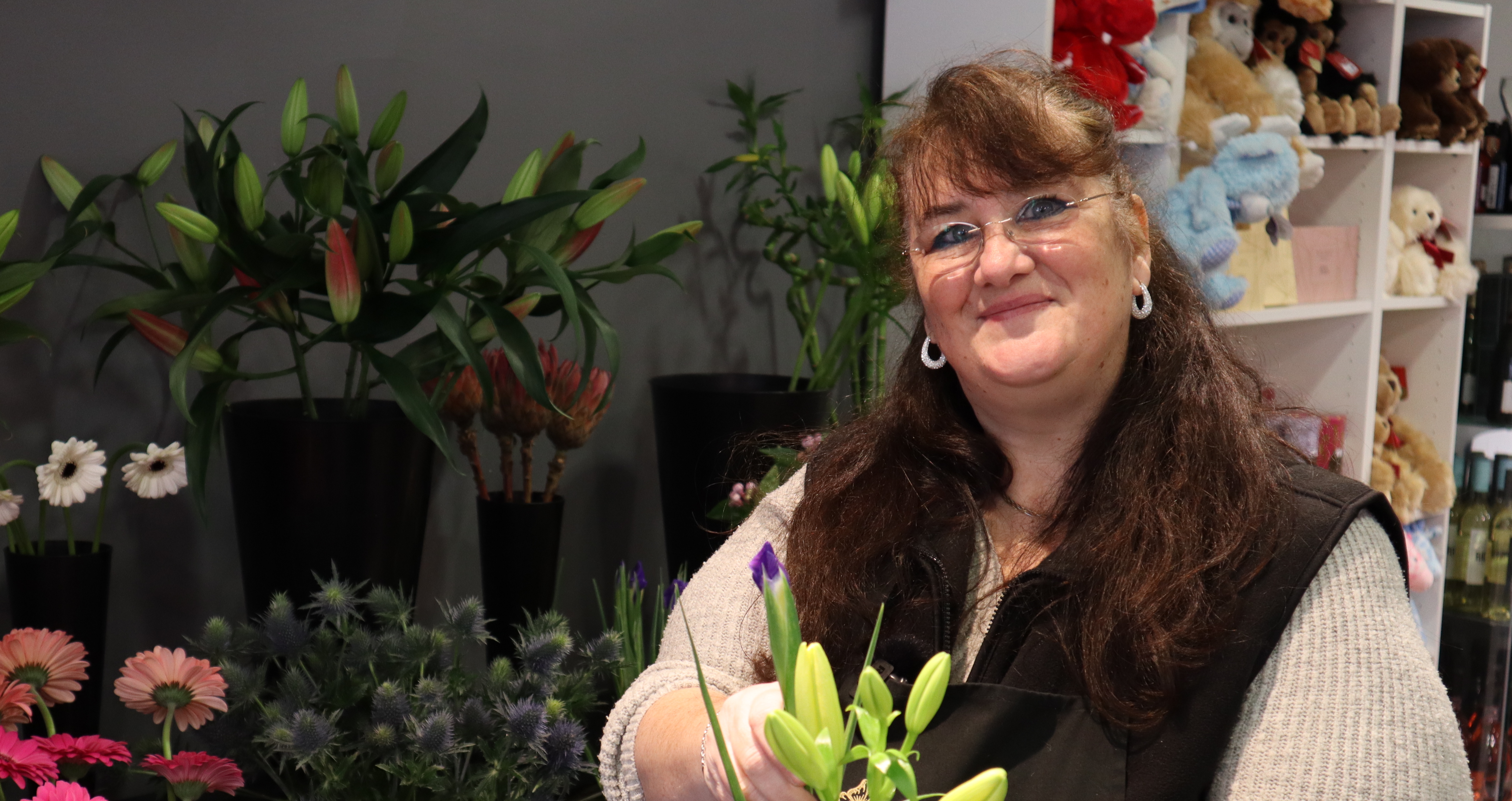 Over the last two or three years I have seen a change in Rhyl. I think it’s an up-and-coming town again

His team appointed eight people who knew the area well to work with residents to prioritise what changes were needed. Decisions were taken by a management board made up mostly of residents.

The emphasis was “around training, education and supporting people to move into employment”, says Mr Williams. “People recognised they had agency where they could actually generate change.” It gave them hope.

An independent assessment of the New Deal for Communities by academics at Sheffield Hallam University concluded “in many respects these neighbourhoods have been transformed”. It said: “The biggest improvements were for indicators of people’s feelings about their neighbourhoods.”

Mr Williams still works in the city. He is now a director of the Centre West charity. And while proud of some of his achievements, he says a lot of work was “undone by austerity” which “hammered areas like the west end of Newcastle”.

“It’s massively disheartening and incredibly frustrating because we seem to take two steps forward and then two or three steps back as far as urban regeneration is concerned,” he says. “There’s an awful lot of really good evaluation work that’s been done to identify what works and how we can do things better and it’s not being used. ”

Levelling up “might produce some nice shiny new buildings. But I don’t think it will necessarily improve the lives and prospects of people living in them communities”.

Supporters of what the Labour government policy achieved include a former Tory speech writer for Theresa May. Will Tanner, now director of the Onward think tank, assessed 60 years of regeneration projects by previous governments. “This isn’t a party-political point. This is just about the right policy based on the evidence,” he says.

He said putting power in the hands of communities worked best, “so they are pulling themselves up by their own bootstraps, rather than relying on a top-down government programme”.

He says the government is right to want to change the economic geography of the UK and is supportive of its plans. But adds: “The most important thing for the levelling up fund to do is to let go of power from Whitehall and to empower community organisations right down at the hyper-local level.”

The White Paper acknowledges the importance of local decision-making and promises more regional mayors. It isn’t yet clear what role will be played by people at a neighbourhood level.

Back in Rhyl, we stroll around the town centre with Conservative MP James Davies, walking past boarded up and shuttered shops. He agrees. “Just building things, bricks and mortar is not the answer. It needs to be a cleverly thought through scheme that’s going to boost economic activity.”

We pause outside the derelict Queen’s Market, which is being bulldozed. It’s hoped a new food hall with flats and offices will be developed on the site through a mix of funding from the Welsh government, Denbighshire County Council, the levelling up fund and private businesses. 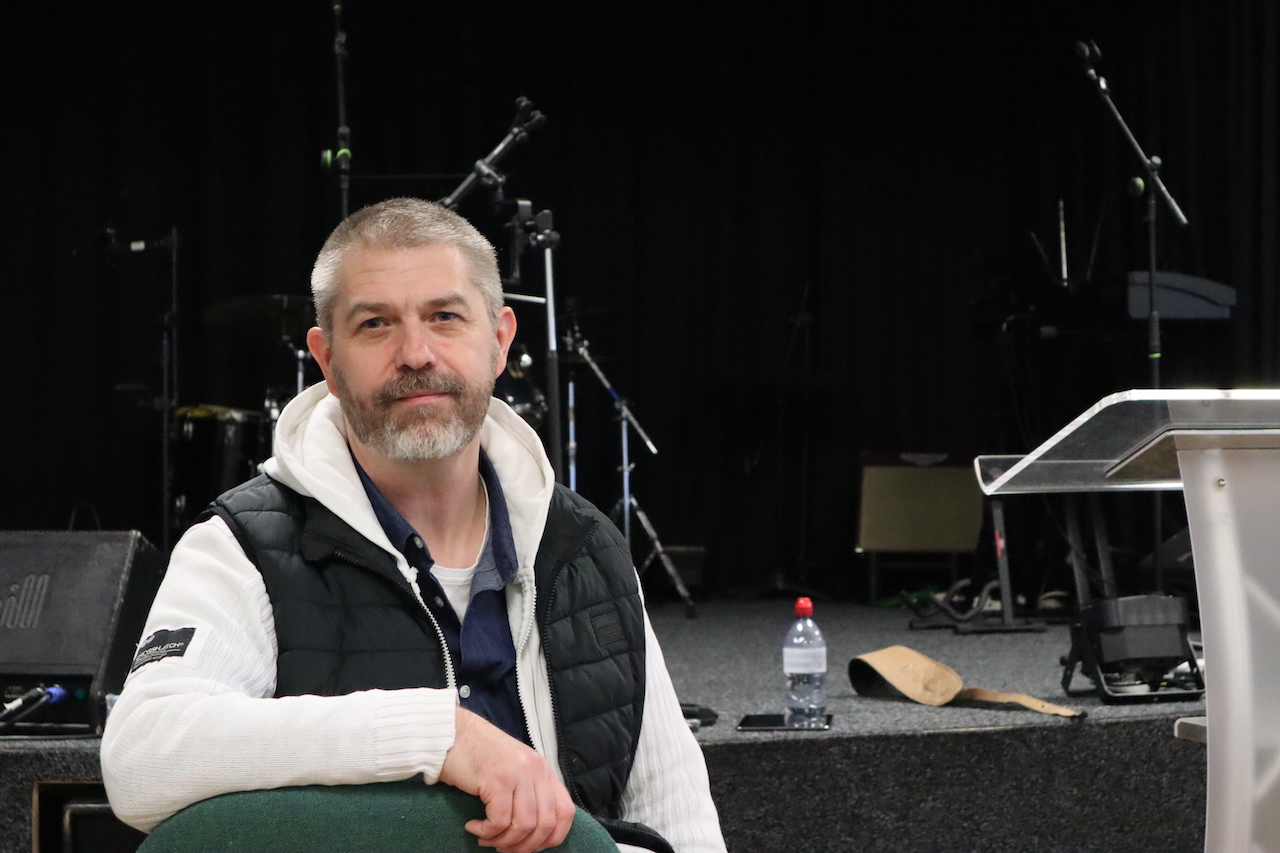 There’s this sense of hopelessness amongst the people. If you walk down the High Street, you can just see it in people’s eyes

The plans would also see the town reconnected to the seafront. Incredibly, though an expansive sandy beach is just yards away, you can’t see it from the high street. Dr Davies says there is local backing. A master plan went out to consultation and has “the support of local councils, residents, businesses”.

But a potential obstacle is the number of high street shops owned by absentee landlords. A sample of Land Registry documents seen by BBC News show only five out of 25 High Street properties are owned by people local to Rhyl.

“That’s a real challenge,” Dr Davies acknowledges. “All you can do is invest in the areas that the local authority and willing partners own as a priority. And then you hope that economic activity will encourage others to follow over time.”

The BBC is tracking progress of the government’s key levelling up policy in towns and cities around the UK. You can read more of our reporting from Rhyl here:

How do locals out and about on a beautiful, bright winter’s morning feel about their town centre and the plans to regenerate it?

“I’m not quite sure how to put this. It’s appalling,” says a man who moved to Rhyl seven years ago. “Shops closing, shutting arcades. Rhyl just isn’t what it used to be. I don’t think it will ever come back.”

But octogenarian former mayor, Diana Hannan, out on her mobility scooter, loves the town so much she moved back after emigrating to Australia. “We’ve got the best seaside resort in Wales,” she says.

“We get all this negative press about drugs and alcohol and all the rest of it, but we’ve got a lovely community living here. Rhyl is going to boom. You wait until all of these stores go up.”

On the road out of town we stop off at a food bank run out of the back of the Wellspring church. Amid shelves straining under the weight of tins of baked beans, pastor Mark Jones explains how Rhyl is full of “fabulous people”. But he says “there’s a lack of energy, a lack of enthusiasm”. “There’s this sense of hopelessness amongst the people. If you walk down the high street, you can just see it in people’s eyes.”

Mr Jones, who has lived in the town for more than 40 years, supports the levelling up plans but says the proposals “need to show the people of Rhyl that there is a hope and a future for them”.

Media caption, Watch: Depp 'slapped and kicked' Heard on a plane over 'affair'Amber Heard says a perceived affair with fellow...

Roman Abramovich says he has not asked Chelsea to repay £1.5bn loan

Convenience store chain McColl's is on the brink of collapse, placing thousands of UK jobs at risk.The retailer said it...

By Matthew TuckerBBC NewsThe election day tradition of photographing dogs at polling stations has been loyally followed again. With voters...

By Chris MasonPolitical correspondent, BBC NewsA fractious UK. A fractious Westminster.As the final votes are counted, we can now survey...

Parrots for sale: The internet's role in illicit trade