The numbers on waiting lists for non-urgent hospital treatment in Wales have again hit record levels.

There were 624,909 people waiting in June, with the list climbing steadily each month and up by 41% since the early days of the Covid pandemic.

Those waiting the longest, more than nine months, rose again to 233,210.

A&E waiting time performance was the worst on record and Conservatives called the figures “catastrophic”.

Emergency departments and the Welsh ambulance service both had their busiest months since the pandemic began.

A&E waiting times were the worst for a second month in a row – with only 69.8% of patients spending less than four hours waiting to be dealt with. 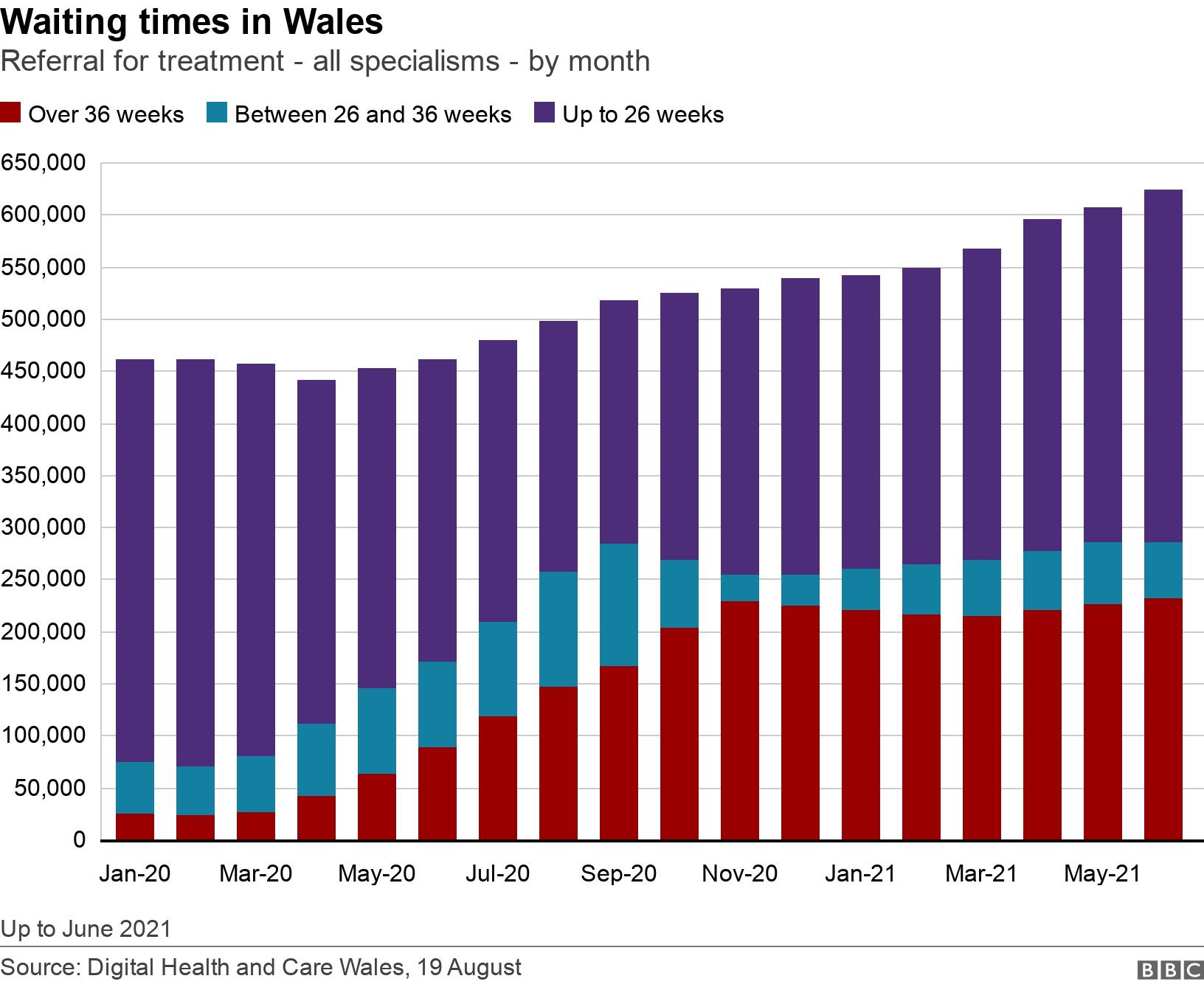 The headline figure for the number of patients waiting for non-urgent hospital treatment has been growing since the pandemic began, not helped by surgery being postponed during the first Covid wave.

There were another 17,869 people added to the list in the past month and numbers waiting more than nine months grew by 5,457.

“However, it is encouraging to see progress being made with the number of patients waiting over 52 weeks falling for the third month in a row.

“We also saw the largest number of specialist consultations completed and treatments started in any month since the start of the pandemic.”

Eluned Morgan said Covid had had a “massive impact” on the NHS and social services in Wales and was still facing significant costs in dealing with it. 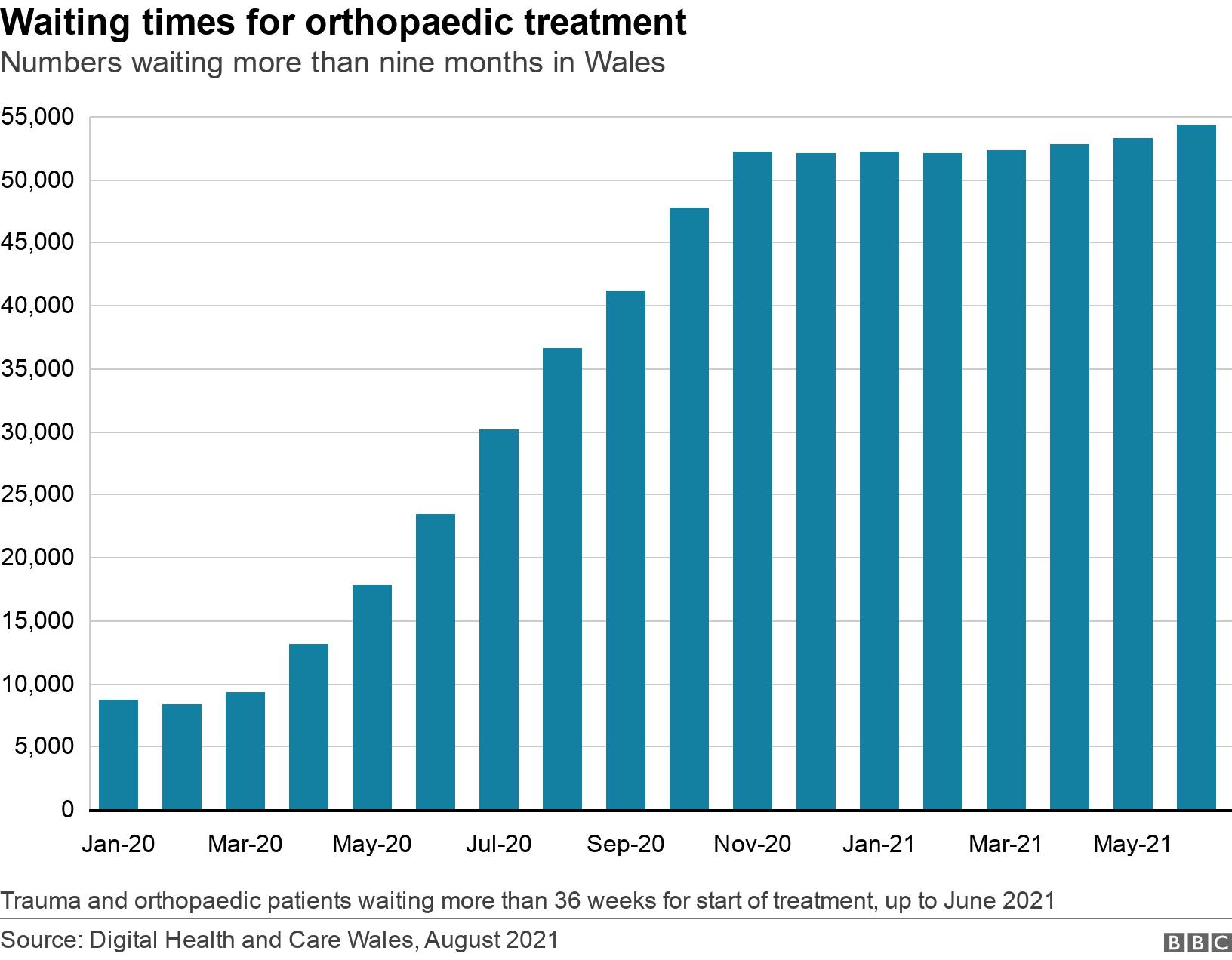 The figures also show the Welsh Ambulance Trust received more calls in July than in any month since the pandemic began – with the highest proportion of “red” calls, those immediately life-threatening emergencies, on record. 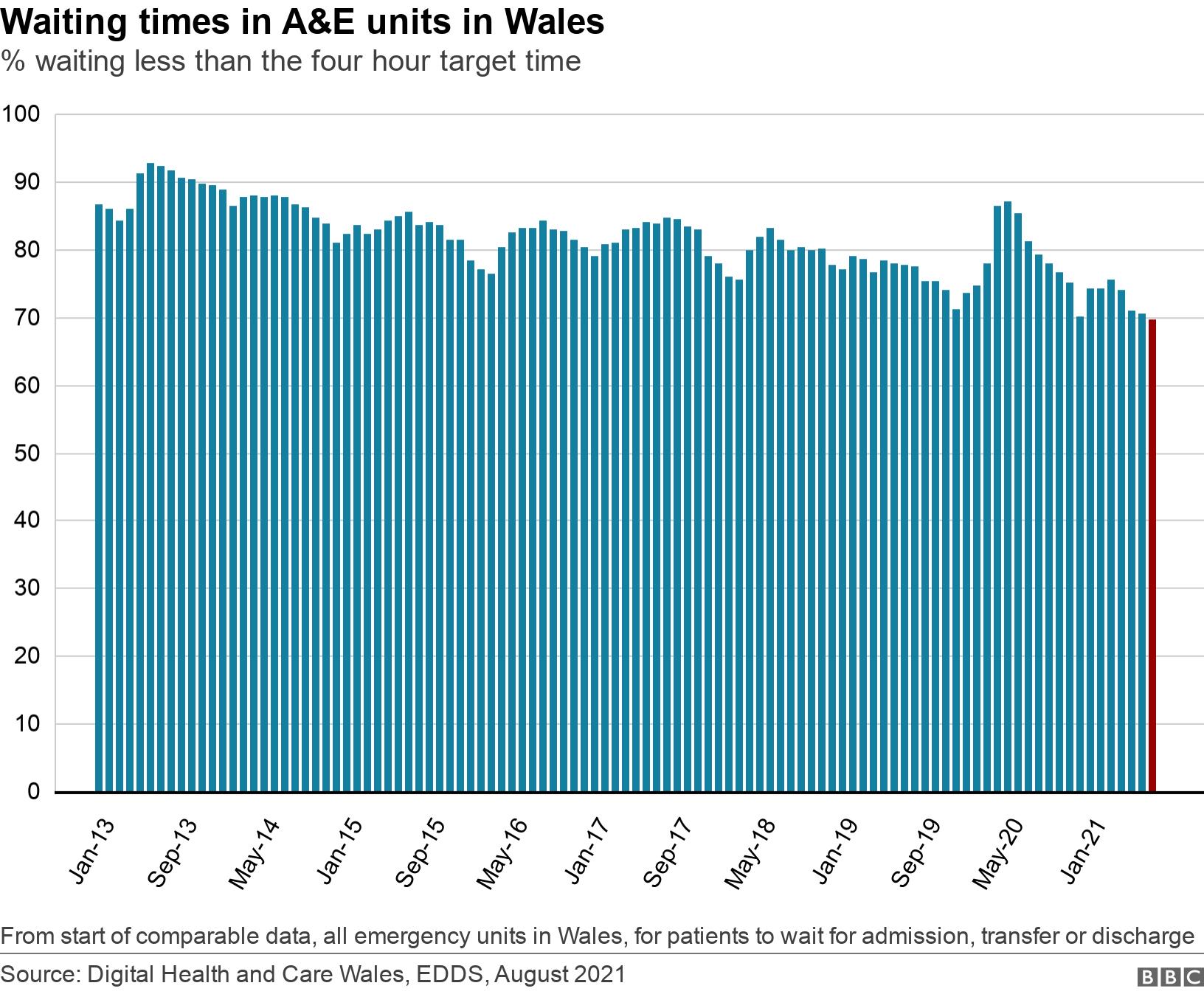 There were also the highest attendances at A&E departments since the pandemic began and waiting time performance was the worst on record.

The target is that 95% of patients should be seen within four hours but that fell to 69.8% in July.

This dropped as low as 44.7% at Glan Clwyd Hospital in Denbighshire and 43.8% at the new Grange University Hospital in Torfaen.

The Grange, which opened in the middle of the pandemic last November, had nearly 8,000 people through the doors of its emergency department in July.

The monthly performance was the second-lowest ever for a Welsh A&E unit, after Wrexham Maelor Hospital in February last year.

Overall in Wales more than 7,000 patients waited more than 12 hours in A&E – one in 10 patients and another record high – with the target that no-one should wait that long.

Senior consultants said there was a “severely challenging situation,” with “unrelenting pressure” on staff and fears the NHS would not be able to cope, with added winter pressures looming.

“The health service and its workforce need the assurance that there is a robust and comprehensive plan to manage this likely increase in demand and provide adequate resources for staff and departments.”

There were 94,176 attendances to emergency units over the month.

For the ambulance service, only 57.8% of more than 3,580 red calls arrived within eight minutes compared with the target of 65%. This was down from 60.6% in the previous month.

But more people started treatment for cancer in the latest month than in the previous month.

The Conservatives called the figures “catastrophic”, saying Wales should be seeing improvements after it moved from the peak of the pandemic.

Health spokesman Russell George said: “To record the worst ever A&E waiting times and the longest NHS treatment waiting list in the same month shows a complete lack of leadership.”

Plaid Cymru said the figures painted a bleak picture and called for a long-term plan.

“We cannot be trapped in an endless cycle where waiting times are getting increasingly worse and the only solution the government can come up with is to provide short-term fixes which change very little in the long run,” said health spokesman Rhun ap Iorwerth.

Amari Niblack Set on Being “the Next Julio Jones”